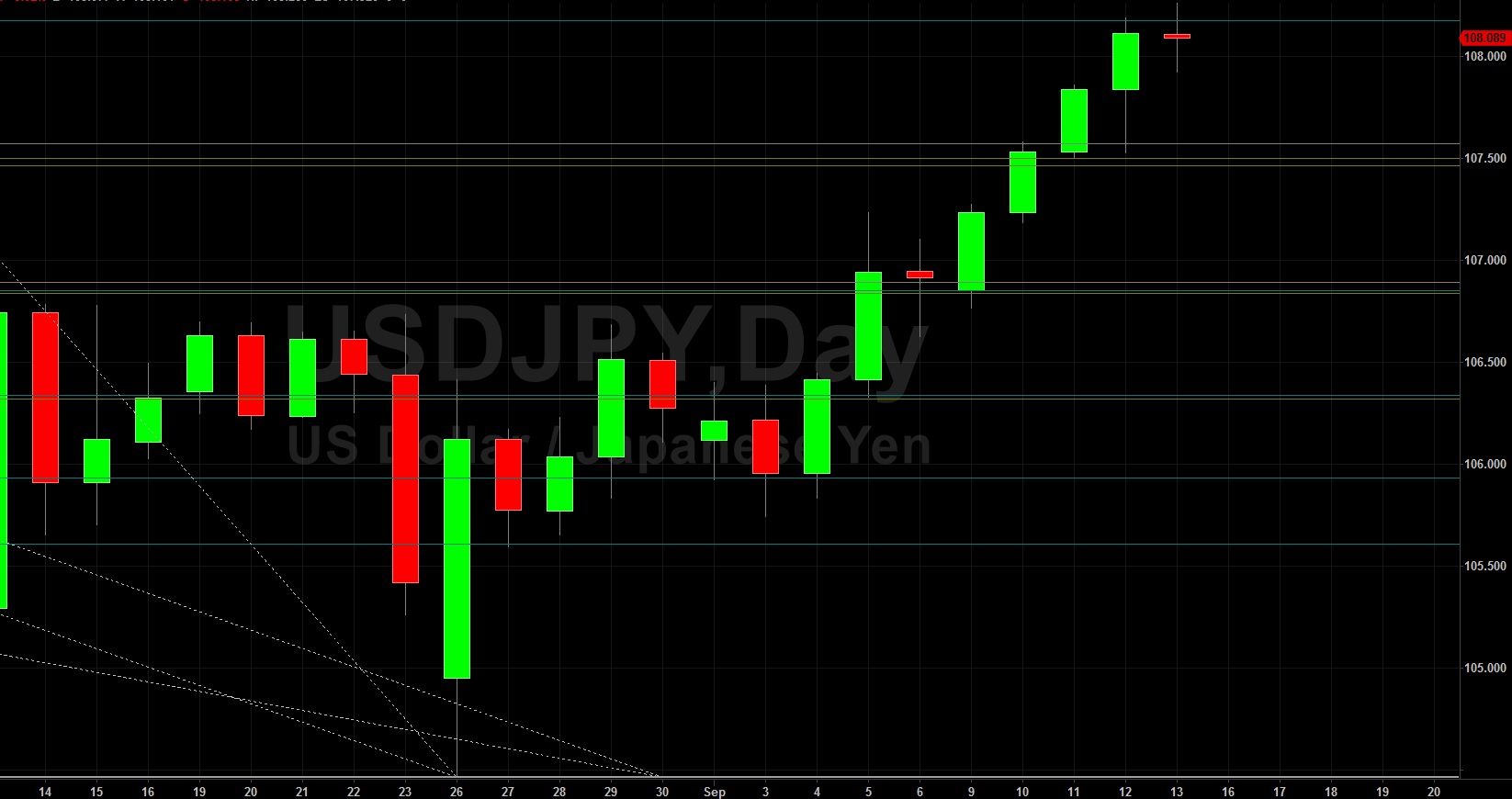 EUR/USD had a relatively tame week until Thursday when ECB’s Governing Council released its monetary policy decision, the announcement of which saw the markets whipsaw higher to the 1.1055 area and then sharply depreciate to the 1.0927 area.  This weekly low was only one pip higher than the previous weekly low of 1.0926, leading to speculation of intervention or options protection with traders knowing that the 1.0862 is a major technical level that represents the 76.4% retracement of the 1.0339 – 1.2555 range. ECB announced it was reducing its Deposit Facility Rate by 10bps from -0.40% to -0.50% with outgoing ECB President Draghi citing “low but rising” recession risks. ECB also announced it was resuming its asset purchase programme from 1 November at a modest rate of €20 billion per month with no time limit. Also, ECB called on governments with “room for fiscal manoeuvre” to “act with efficiency and speed.”  EUR/USD’s weekly high was right around the 23.6% retracement of the recent 1.1412 – 1.092 range. US data this week saw core August CPI print above expectations at +0.3% m/m and +2.4% y/y. Also, August retail sales weakened but beat forecasts with a +0.4% expansion, and September University of Michigan consumer sentiment improved to 92.0. Attention now shifts the FOMC policy decision on 18 September with lower rates expect amid the escalating tension between Trump and the Fed.

USD/JPY remained a one-way trade this week with five consecutive daily bars of higher highs and higher lows and eight consecutive days of higher lows, a very bullish development that saw stops elected above the 108.17 area, representing the 76.4% retracement of the 109.31 – 104.46 range.  During a brief mid-week pullback, the pair tested bids around the 107.50 level, right around the 61.8% retracement of the aforementioned range. Last week’s Japanese numbers saw the July trade balance decline sharply to -¥74.5 billion with Q2 GDP receding to +0.3% q/q and an annualised +1.3%.   Bank of Japan’s Monetary Policy Decision is expected on 19 September.

GBP/USD finished the week on a very strong note after appreciating as high as the 1.2505 level, right around a major technical level that represents the 38.2% retracement of the 1.3382 – 1.1958 range.  Prior to that, bids emerged at a weekly low on Monday below the 1.2246 area, representing the 23.6% retracement of the recent depreciation from the 1.3177 area. UK data were mixed this week with July GDP improving to a flat +0.0% and July industrial production weaker at -0.9% y/y.  Also, the August claimant count rose to 3.3% with jobless claims changed by 28,200. Bank of England’s Monetary Policy Decision is expected on 19 September with traders expecting the Bank Rate to remain steady at +0.75%. Traders expect sterling to remain volatile with PM Johnson’s Brexit options seemingly decreasing.