On-Chain Finance: Everything You Need to Know

in On-Chain Centrifuge Blockchains Proof of Work
by CryptoDaily 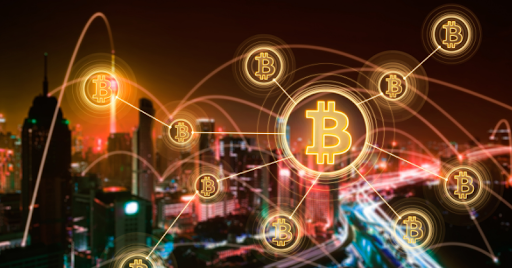 With millions of users doing crypto transactions daily, the crypto industry has grown into a vast community. The booming crypto-economy has also increased the use of on-chain finance. Despite its large use cases, many enthusiasts are not familiar with the term.

On-chain finance is the umbrella name for everything about on-chain crypto transactions. It defines the players in the industry and every other parameter that influences how the transactions work. In this article, we’ll discuss this financial trend in-depth. So, let's get to it!

What is On-Chain Finance?

A blockchain is an increasing list of records called blocks. These blocks are connected through cryptography. A block consists of a cryptographic hash (unique encryption data) of the previous block, a time stamp, and security features that hide vital details of network participants.

Transactions done on a blockchain are validated by several participants on the network known as miners. And such transactions can only be declared valid when miners confirm their validity. Every blockchain network has a specified number of miner confirmations to validate transactions, affecting transaction processing time.

The completion time for an on-chain transaction also depends on the level of network congestion. That means your transactions can sometimes delay if there is a long queue of other transactions waiting to be confirmed.

But, everything has a price, as they say, and faster on-chain transactions are no exception! You can make your transactions faster by paying a higher fee—but that also depends on the blockchain network and its policies.

Generally, a transaction becomes irreversible once it receives above 51% of the network's participants have accepted that it is valid and have fully updated the ledger. A transaction may only be reversed when most of the blockchain's stakeholders reach a consensus to reverse the transaction. The participants or nodes can vote to accept or decline the proposed change.

However, not all nodes have equal voting power. Nodes with greater holdings of coins have more votes than nodes with a relatively lesser number of holdings. If the change is accepted, it is included in the blockchain and baselined. That said, let's look at the governing system for on-chain finance.

What is On-Chain Governance?

A blockchain network contains a public or distributed ledger that follows the same principle as database sharing. Crypto transactions are recorded on a blockchain and distributed to all the blockchain participants.

Every new transaction on a blockchain triggers the process of adding a new block to the blockchain. But there are consensus protocols that nodes must observe to validate a transaction. Miners or nodes confirm the data to ensure it's accurate and that all the conditions for authentication have been satisfied.

A block is a file in which data related to a blockchain is permanently recorded. You may think of it as a page of a record book or ledger. It is a permanent record of a crypto transaction. Miners involved get rewarded for their efforts once a block is created for a transaction on a blockchain.

The mining process described above is known as a Proof of Work (PoW) system. The PoW system requires miners or nodes to expend a reasonable amount of computational effort to deter fraudulent activities on a blockchain transaction. For over a decade, the proof of work system has been used to prevent malicious attacks on blockchain transactions.

Proof of Work is a decentralized authentication process that requires nodes of a network to solve random mathematical puzzles (work) to prevent intruders from accessing the system. The system is popular among miners for mining new tokens and validating transactions.

The online space is vast, and there's the good (general users), the bad, and the ugly players (hackers and fraudsters). Most crypto blockchains like Bitcoin, etc., have improved transaction security, thanks to the Proof of Work system. Crypto users now do peer-to-peer transactions without fear of compromise or the need for a third party.

There are three major parties in the on-chain governance system, and they work hand-in-hand to validate blockchain transactions. These stakeholders and/or devices with which they connect to the blockchain are also called nodes. They include the miners, the developers, and the users. Let's talk about them in detail below;

Miners are those who operate the nodes, which validate transactions on a blockchain. A node here is a computer that connects to a blockchain network. The node or computer supports the blockchain by validating transactions. Miners use these high-powered computers (nodes) to solve random and complex mathematical problems.

These math problems are so complex they defy being solved by hand. They are also so complicated they require so much work input from powerful computers. There are two significant functions credited to miners.

First, when they solve arbitrary math problems with nodes, they produce new units of a blockchain's cryptocurrency. Now, that's no different from what miners do when they extract raw diamond or gold from below the earth's surface.

The other function of miners is transaction security. Miners solve computational math problems to improve the safety of crypto transactions within a blockchain by verifying transaction data before adding the transaction's block to the blockchain.

Developers in an on-chain governance setting propose changes with code updates. The blockchain stakeholders usually cast votes to determine whether or not a proposed change will be implemented on the network.

Once a change is accepted, it is added to the blockchain. On-chain governance decentralizes cryptocurrency transactions by actively including all the nodes or participants on a blockchain in decision-making processes. However, critics of on-chain governance express concern over how nodes with greater crypto holdings may take advantage of the system for their personal gain.

Critics further insist that on-chain governance takes a good part of decision-making power from miners and developers and gives it to users and investors. And, unlike miners and developers interested in securing transactions and developing better network protocols, users may primarily be interested in maximizing profits. However, the decentralized and reward-based features of on-chain governance continually increase the system's popularity with blockchains.

On-chain transactions need to be sufficiently verified and authenticated by the stakeholders on the network before confirmation, which could take a long time. Remember that miners have to solve arbitrary and complex math problems before a block is added to a blockchain. That further explains why on-chain transactions take time.

So, without participants' activities, on-chain transactions, as you might have imagined, would happen in real-time. When there's a high volume of transactions on a network, the miners may take longer to validate the transactions, especially if there's a limited supply of miners. In that case, users must wait till their transactions are verified or pay a higher transaction fee for speedier validation.

Blockchains may provide instant transactions in their early stages. The faster speed is often because of low transaction volume at the onset. Also, new cryptocurrencies and network protocols that offer instant settlement are in high demand in the crypto industry.

The cost of an on-chain transaction depends on miners. Miners charge a fee to speed up the validation and authentication of a cryptocurrency transaction. This fee is usually high, but it also depends on the transaction volume.

Most of the established blockchains charge higher fees because of their miners' high volume of transactions. On the other hand, newer blockchains with lower transaction volumes charge low or zero fees.

Most of today's popular blockchains are already running on-chain transactions, the most popular of them being Bitcoin and Ethereum. But Bitcoin's major issue as an on-chain network is what's popularly known as the Bitcoin Scalability Problem. It refers to the limited ability of the Bitcoin blockchain to process large volumes of transaction data within a short time.

The scalability problem of Bitcoin is connected with the limited size and frequency of blocks in its Bitcoin blockchain. Bitcoin has a block size limit of 1MB, and it takes about ten minutes to create a block on the bitcoin network. The slow block creation time, together with the limited block size, greatly impedes the blockchain's throughput.

The Bitcoin network's estimated transaction processing capacity is from 3.3 to 7 transactions per second. And although Bitcoin is becoming globally accepted for making payments, it still doesn't even come close to Mastercard, which processes over 4000 payments per second.

The Bitcoin Scalability problem is the reason it was forked in 2017. A Fork is a process of increasing a network's transaction processing limit by making relevant changes to its technical workings. The fork on Bitcoin resulted in Bitcoin Cash representing its transactions in 8-megabyte blocks—much better than Bitcoin's 1-megabyte blocks.

The bigger block size of the Bitcoin Cash network means more transactions can fit into a unit of work, which implies lower transaction fees and faster processing time. Also, because its transactions take place on its self-sustained network with its specifications and rules, Bitcoin Cash transactions are considered on-chain.

Another real-world application of on-chain finance is Centrifuge. Powered by the Centrifuge Token (CFG), Centrifuge bridges or connects real-world assets to DeFi (Decentralized Finance). As such, the platform creates a fusion between off-chain and on-chain transactions.

Centrifuge Chain achieves this by converting the assets to NFTs before users could use them for any on-chain transaction. This real-world application helps borrowers (including SMEs (Small and Medium-scale Enterprises) finance their real-world assets independent of banks and other intermediaries.

On-chain finance has greatly decentralized blockchain activities, making it possible for every stakeholder on a network to participate in decision-making processes and earn incentives. Nodes are allowed to analyze the advantages and disadvantages of a proposed change and vote whether or not to implement it. And despite much criticism, more networks are adopting on-chain governance.