in Bitcoin
by Laurie Dunn

It’s not just your average Joe retail investor who is feeling the crypto cold right now. Ten of the richest crypto billionaires are also feeling the pain of the current crypto cold snap, some of them down more than 50% of their net worth since early November.

A Forbes article published just recently today, suggested that ten of the richest individuals in crypto have seen a combined loss in their crypto portfolios of a whopping $27 billion. Of those ten, three of them have lost over 50% since the $69,000 bitcoin top of November 10.

With bitcoin, ethereum, and most of the top performing cryptos down at least 50%, this is one of the main reasons for the losses. And it’s not just the cryptos themselves. Coinbase Global shares have lost 42% since the bitcoin top, down from $328 to $191 at yesterday’s close.

This has led to the two billionaire co-founders of Coinbase, CEO Brian Armstrong, and Fred Ehrsam, losing $7 billion between them.

The article points out that MicroStrategy’s CEO Michael Saylor has suffered the biggest personal losses so far. His net worth has dropped from $3.1 billion on November 11, to $1.4 billion yesterday, a 55% decline in his fortune.

His company, MicroStrategy, is also down 55% over the same period, and that is despite the tech dominated Nasdaq index being down only 15% over the same time frame. Crypto has suffered the heaviest of all the tech sector. 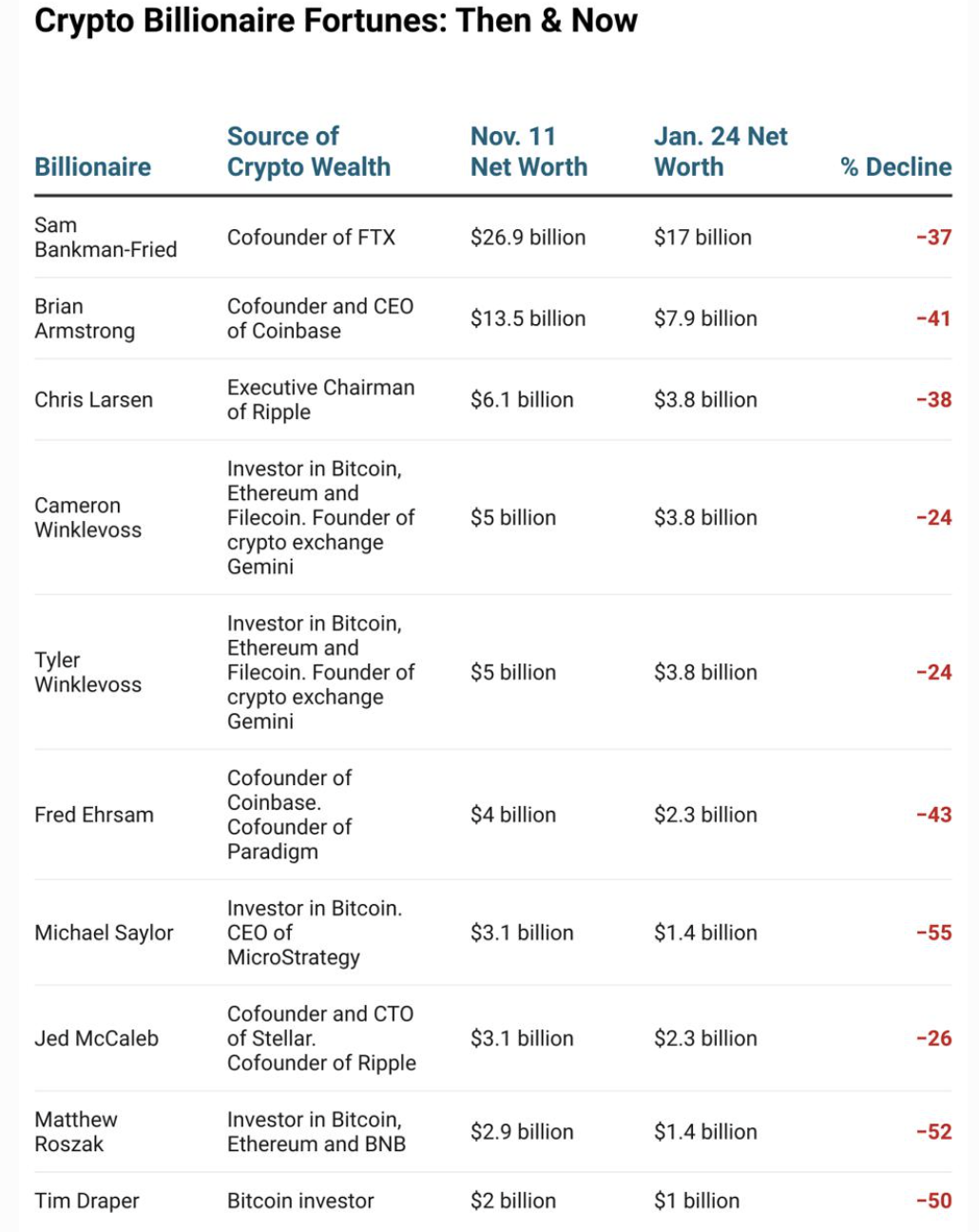 The entire crypto industry has suffered en masse. The combined market cap of cryptocurrency was at nearly $3 trillion before the plunge. Now it is languishing at $1.7 trillion, a 43% loss in just 3 months.

While the crypto market appears to have found a bottom, at least for now, the pain may not be over yet. After a bounce upwards from here, some analysts are calling for bitcoin to come back down and test the $30k level. If this is broken then $20k might be the next stop, and some of the billionaires might be so no longer.