in Technology
by Amara Khatri 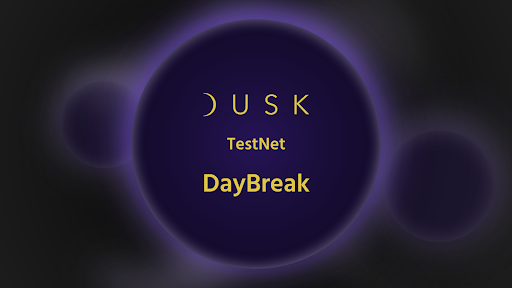 After launching the DayBreak testnet last week, Team Dusk has released a status report summing up the network stats and shining a light on the work in progress for the mainnet implementation.

The Amsterdam-based fintech firm Dusk Network had launched its Daybreak Testnet on March 22, 2022, to introduce its financial applications to the public without breaking legal compliance. Since the protocol claims to be a privacy-first blockchain, fully compliant with financial legislation, it has positioned itself as best suited for businesses that wish to avoid the fallacies of the traditional financial system.

The status update released by the Dusk team kicks off by talking about the three public-facing solutions through which the community can interact with the testnet ecosystem. These are - Node Sign-ups, Block Explorer, and the CLI Wallet. Thanks to the Node Sign-up feature, 2,700 applicants volunteered to become Provisioners on the Dusk Network. The second feature, the public Block Explorer is an open channel where community members can dive into testnet statistics, including transaction numbers, block times, and total blocks added to the chain. Finally, the CLI wallet allowed tech-savvy users to execute DUSK transactions on the testnet. Over last week, over 60,000 new blocks have been created, with the first transaction being made at block 147.

The update also touched base with the Dusk Network communities on social platforms like Discord and Twitter, hailing the creative user-generated content that continued spreading the testnet buzz online. However, the most noteworthy news was that of the official transaction record set for a single block. The report highlighted the contribution of several users who set a record of 21 transactions into block 60237. Additionally, the testnet has accomplished 1-second fast block times without forking. The target for the mainnet is a 15-second block time.

Next On The Plate: Infinite Scrolling

Wrapping up the report, the update mentioned that the development team had smoothed over any minor technical obstacles occurring due to being open to the public, reporting zero major upsets in the network. Finally, the report also addressed what comes next on its to-do list to prepare for the mainnet,

“Meanwhile, some of the finalized and ongoing UX/UI developments include infinite scrolling on the Block Explorer for those browsing the blocks and transactions & new Block Explorer filters for enhanced searches. These will further aid in laying bare the network’s capabilities over the coming weeks.”

Amara is a graduate in Business Management, and has been following the world of crypto since 2019. Having a keen eye for detail, Amara enjoys finding breaking stories via Twitter, official press releases and website blog posts. Outside of crypto, Amara enjoys rock climbing, dancing and spending time with her siblings.